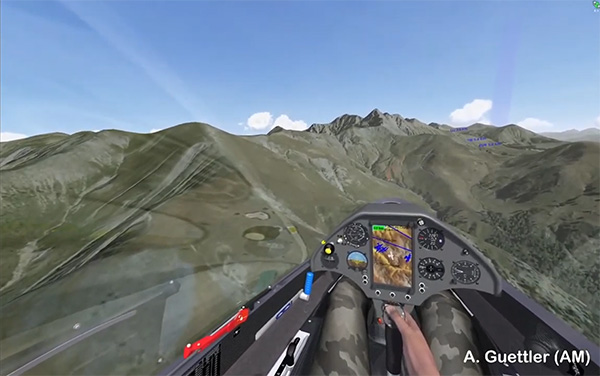 It is very interesting to watch pilots from all over the world as they fly the same tasks as the real SGP competitors over the Southern Alps of France.

The Condor landscapes and multiple views create a realistic impression that you are flying with the contestants, hugging the mountainsides and making the turnpoints. The live commentary from several guests including Matthew Scutter, who recently won E3Glide and came third in the 15M WGC, and Tilo Holighaus. This makes the experience both entertaining and highly educational for any soaring pilot.

The winner of Race 1 was Donat-Pierre Luigi from France who flew the 313.6 km course at 134.5 kph in a Ventus 3. This win earned him 10 points. He was closely followed by Ben Fest of Germany who gained 8 points, and Jeroen Jennen from Belgium taking 7 points, who are also competing in Ventus 3s.

The set tasks are the same as those in the real SGP and the scoring system is also the same. The first ten pilots across the line earn points, while the remainder of the fleet get zero. 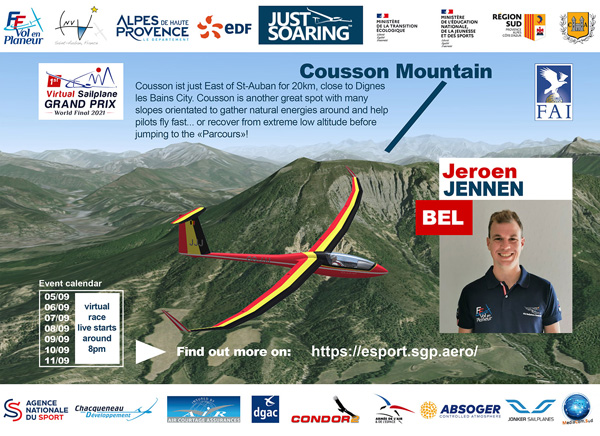 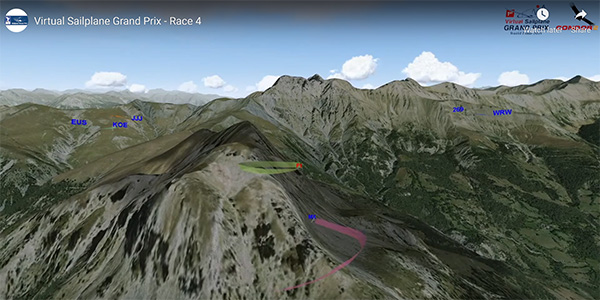 Ben Fest won Race 2, followed by Jeroen and Arne Martin Güettler from Norway. Arne is also flying a Ventus 3, although the field is split between JS3 18s and V3s. 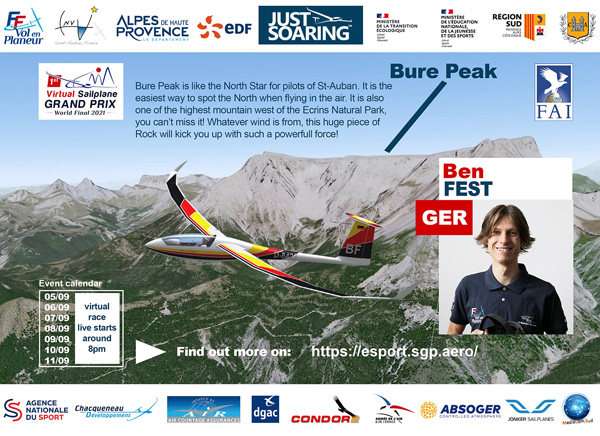 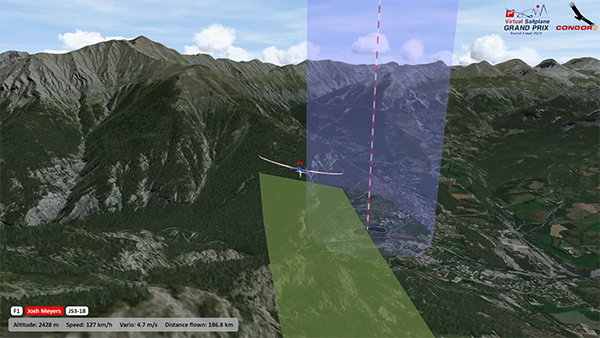 The third race was won by Joshua Meyers from the USA in a JS3. Josh flew the 333.2km course at 143.1 kph. He was followed by Witold Rożak from Poland with Ben Fest in third position. Ben flies with a full Virtual Reality set-up, which clearly works for him.

After three days, three different winners emerged with Ben in a clear lead taking 25 points and Witold and Jeroen both on 17 points as they headed into Race 4. 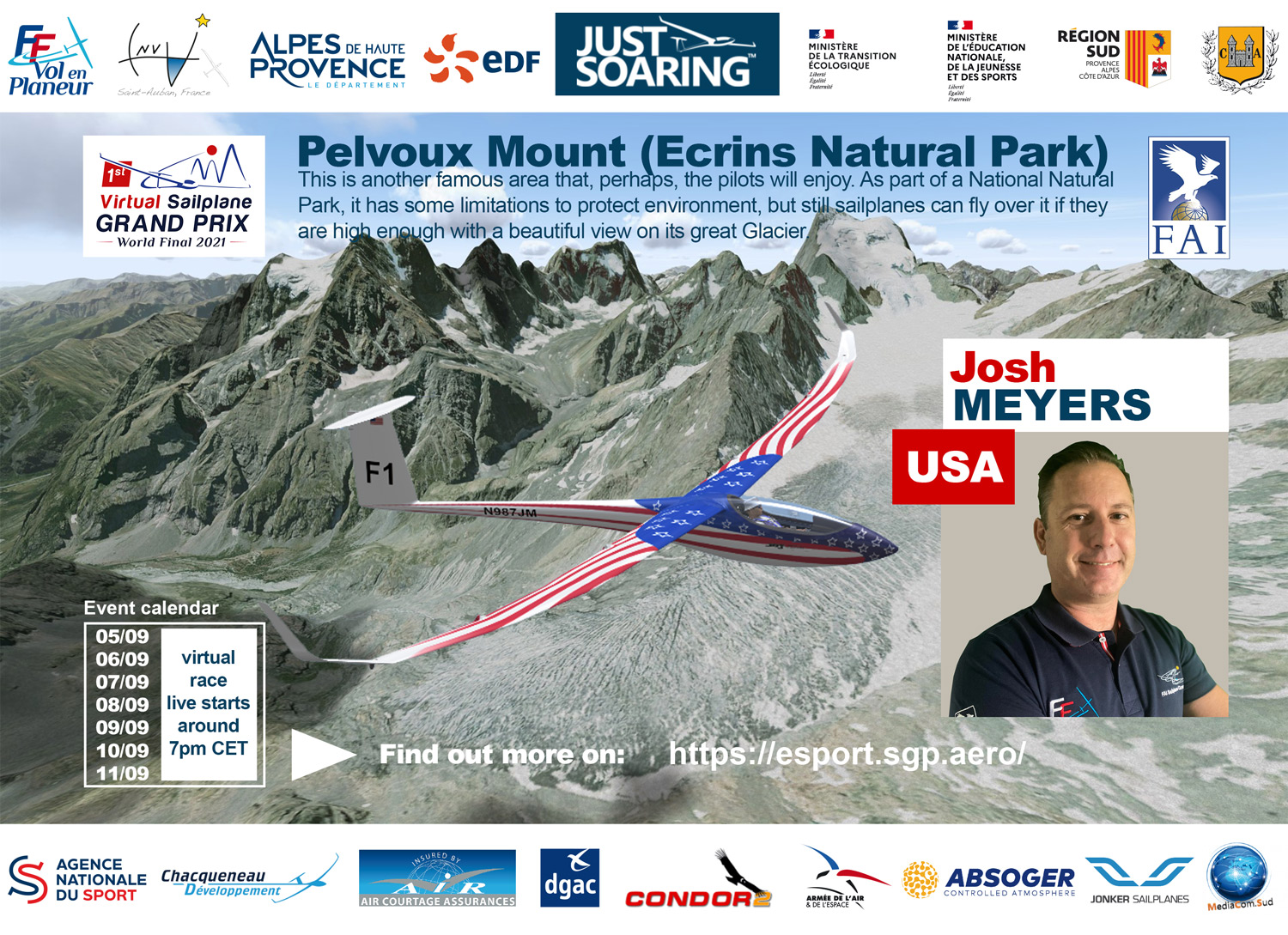 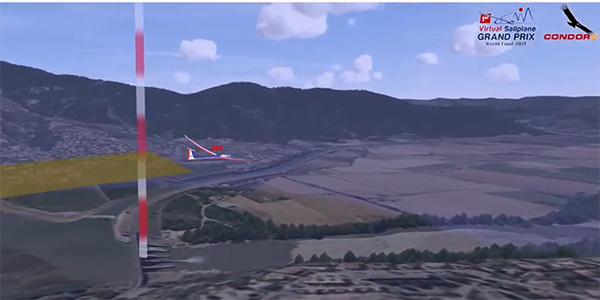 Witold won Race 4 in great style gaining 10 points and he now is in second place with 27 points. Jeroen Jennen took second place and his eight points put him on 25 points and third place overall. Donat-Pierre Luigi came third and now has 23 points putting him in forth place. Ben Fest came seventh on the day gaining just three points. But this is enough to keep him in top spot with 28 points. 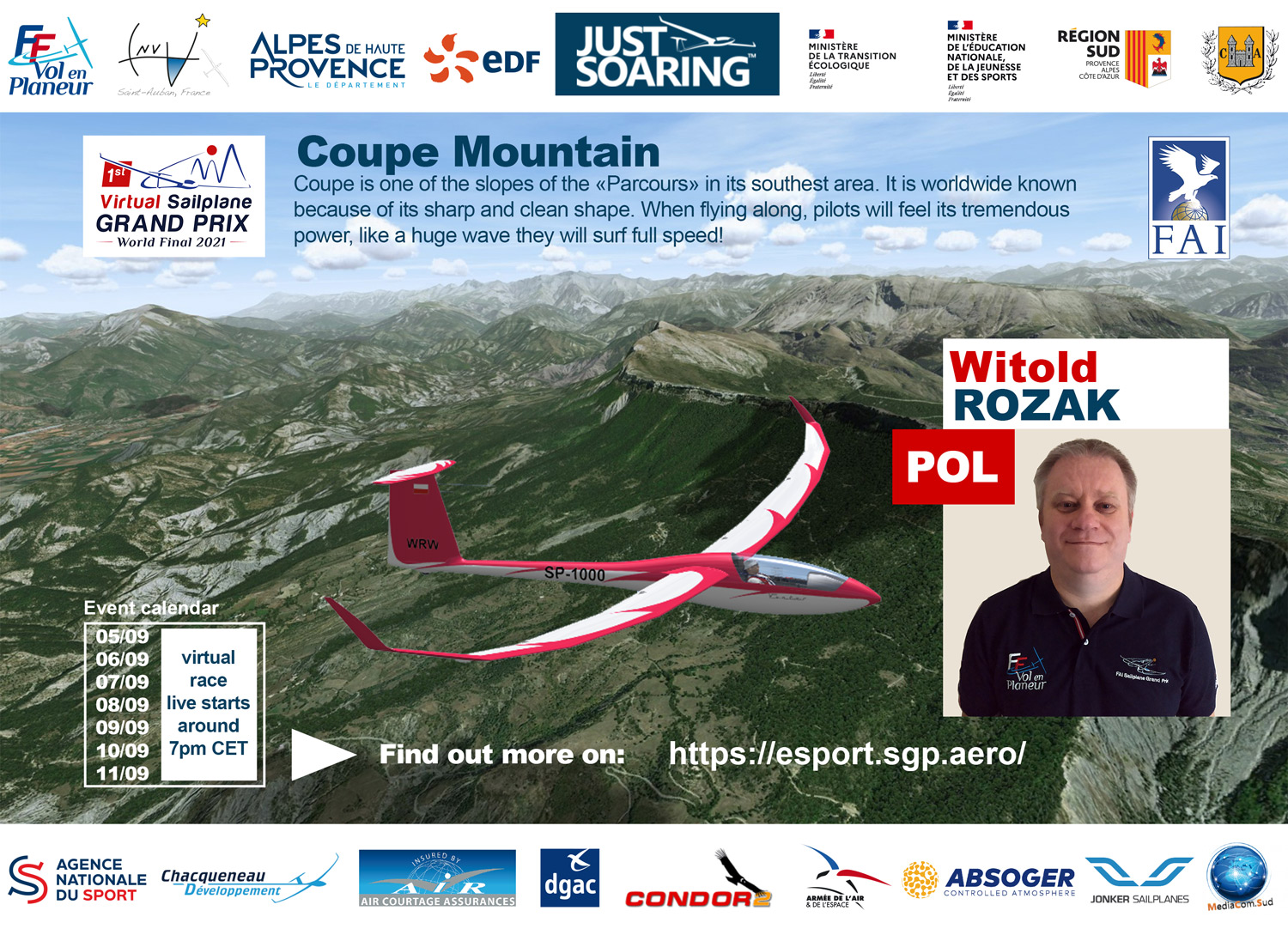 So just as in a real life competition, the top competitors have all arrived at the turnpoint at more or less the same time. Now the race begins again. They have three more races to go and anyone of them could emerge as the 1st Virtual SGP Champion. 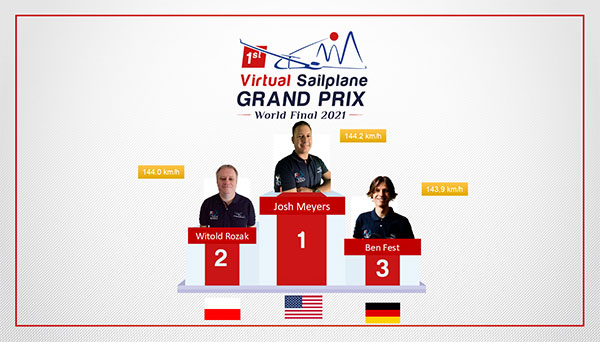 You can also join in and race yourself in the Open Condor non-official OPEN event on Condor.Club condor.club/comp/show/0/?id=592 right up until Saturday, the last race day.

As this is the first FAI contest, the selection criteria was more open, choosing one pilot per country from the best of the applicants. So, this Virtual SGP is truly a worldwide championship with pilots competing from 20 countries!