Into the High Mountains for Race 6 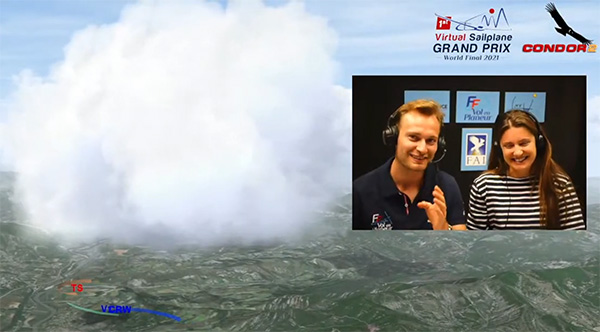 At the Virtual SGP, task setters are able to choose the flying weather for any competition. Since it was overcast in St Auban, they decided that, if it wasn’t possible to fly the same task as the real SGP, they would set a fast race with excellent soaring conditions.

Competition Director Antoine Havet promised that the race would be ‘bombastic’ and expected speeds from the competitors of around 200 kph. 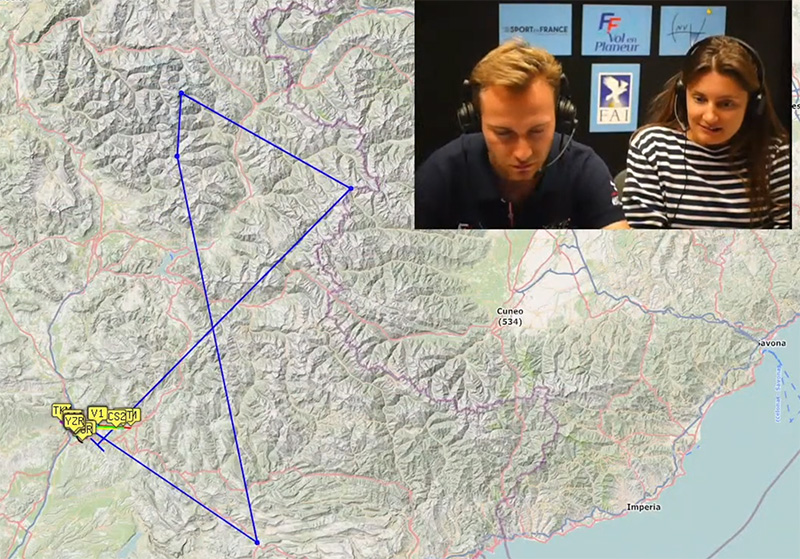 The course travelled well into the high mountains. Massif des Écrins is the highest point in the mountains. Col Angel is a very scenic high mountain pass, sometimes used in the Tour de France. The scene was set for a classic St Auban day, and I wished I could be there in real life. Altitudes were expected to exceed 4,000m and yes, they had oxygen!

Joining Antione in the commentary was Aude Untersee, the meteorologist for the SGP and World Gliding Championship competitor for France.

The four pilots at the top of the scoring table – Ben, Jeroen, Witold and Donat-Pierre – had everything to play for. Whoever won this race would be in an excellent position to take the Championships after the final race on Saturday.

The Condor scenery of the Southern Alps is the most downloaded, allowing pilots from all over the world to fly in the environments. But not many pilots on Condor – or in real life – get to fly Massif des Écrins, as it is so high. 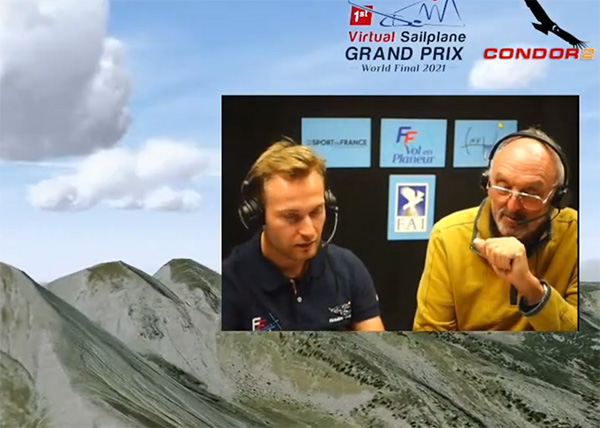 After a good start, the pilots headed off into the mountains. Antoine was now joined by Brian Spreckley, the SGP Contest Director as well as Vice President of the International Gliding Commission.

Brian remarked that des Écrins is very beautiful, featuring a glacier, and made a perfect amphitheatre for gliding. It was exciting that this contest had opened up this amazing area to pilots all over the world who would never get the chance to fly from St Auban in real life. He was very impressed with the imagery. ‘It’s so realistic, you can live this,’ he said.

Brian asked Antione how realistic the simulator was to fly. Antione pointed out that many of the virtual pilots had feedback joysticks and realistic set-ups. He said that Condor was the most realistic simulator available and, with Condor 3 in development, there was much to look forward to.

They noted that the main problem with the software was that the weather model was limited to a single setting throughout each flight. However in Condor 3, it would be possible to have variable weather conditions through the flight.

As the pilots neared the Écrins turnpoint, Antione was then joined by Benjamin Neglais. In the leading pack were Joshua Meyers, Witold Rożak, Arne Martin Güettler and Tim Kuijpers. The fleet continued a fast and furious race through the high mountains. 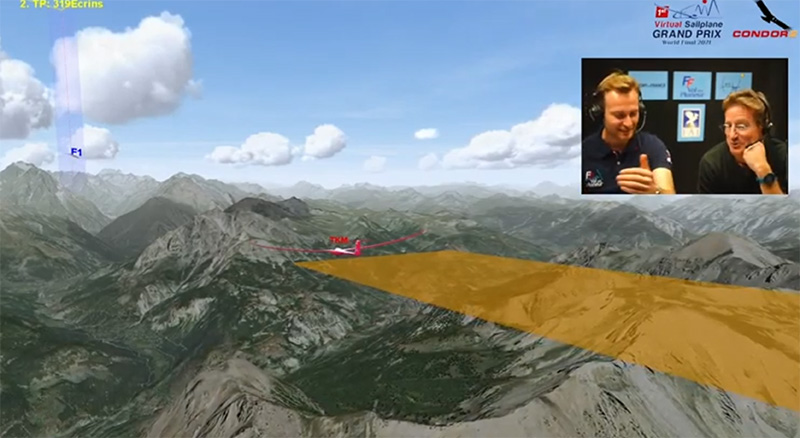 Josh Meyers had been in the lead from the start and was first across the finish line. Hoeever he incurred a 55 second penalty pushing him back to second place gaining 8 points, putting him on 27 points overall. He was followed across the line by Witold Rożak winning 10 points and moving into first position overall with 42 points. Tim Kuijpers was third over the line winning 7 points.

Next was Jeroen Jennen, gaining 6 points with 41 points in tota and in second place overall.l. Ben Fest won 3 extra points and is now off the top slot on 38 points and in bronze medal position with Jeroen.

Donat-Pierre Luigi gaind 4 points for the day and is now in joint  forth position with 34 points overall.

With one more race day to go, it is still possible for any of the top scoring pilots to race their way onto the top of the podium.

See you tonight for the grand finale to a magnificent competition. 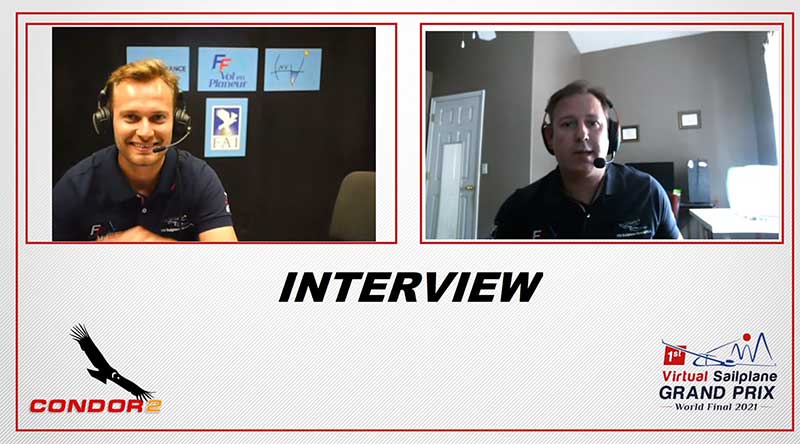 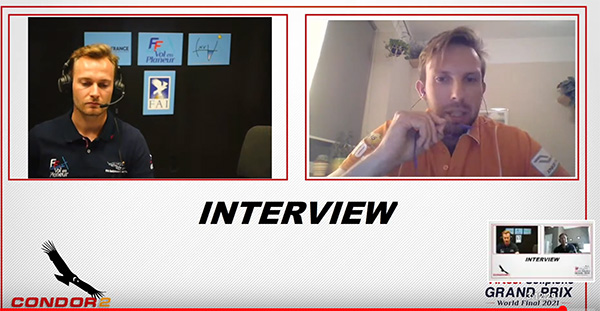 Kuijpers Tim waas unable to fly every day of teh competition, but he crossed the line in 2nd position Race 6.