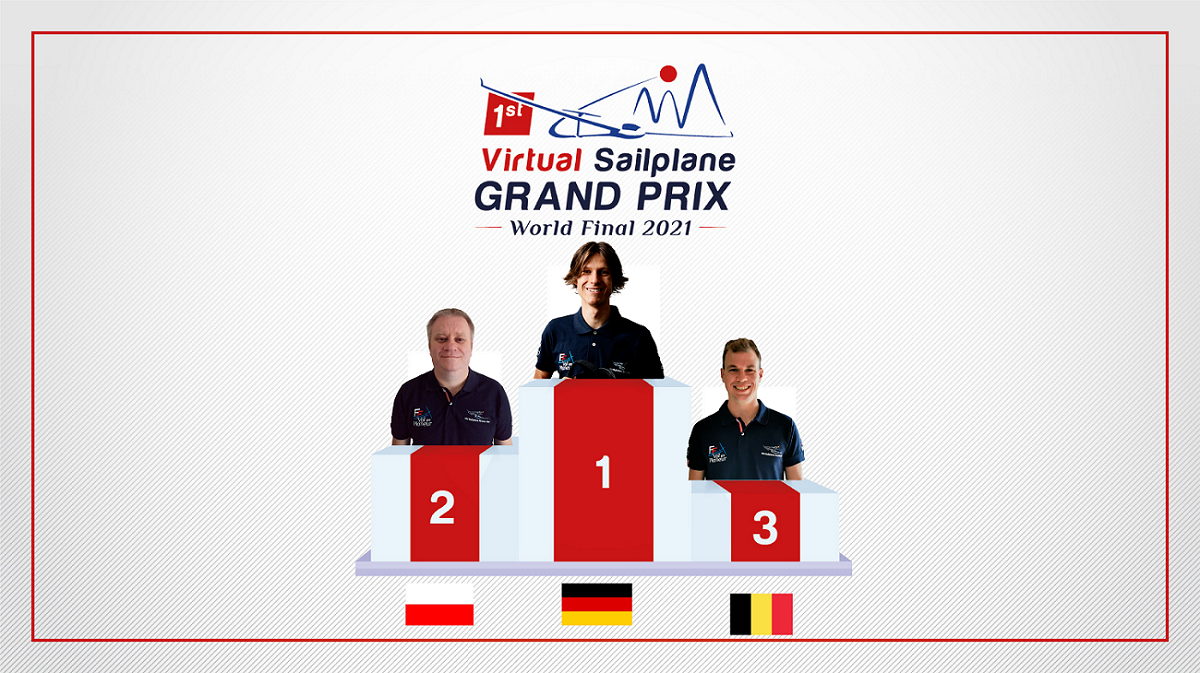 After an exciting final race, Ben Fest from Germany won the day and roared back into 1st position to take the championships with 49 points. Witold Rożak from Poland proved what a formidable  competitor he is, flying consistently throughout the contest to take the second podium position with 48 points. Jeroen Jennen from Belgium finished in third position with 41 points.

Competition Director Antoine Havet was joined in the commentary box by the new SGP World Champion Sebastian Kawa and second place winner Mario Kiessling and Maximilien Seis (France) who relived the race they had just completed while the Virtual SGP pilots were flying the same task.

It was the culmination of a fantastic week of virtual flying by pilots from 20 countries.

Antoine announced that in 2022, nine official Qualifying Virtual SGPs would take place. The top competitors would be selected to fly in the 2nd Virtual SGP Finals, to be held in 2023 at the same time as the finals for the 11th Series SGP. 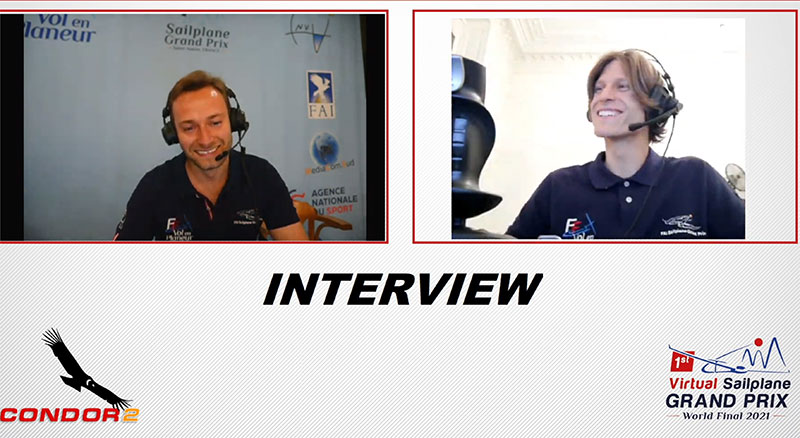 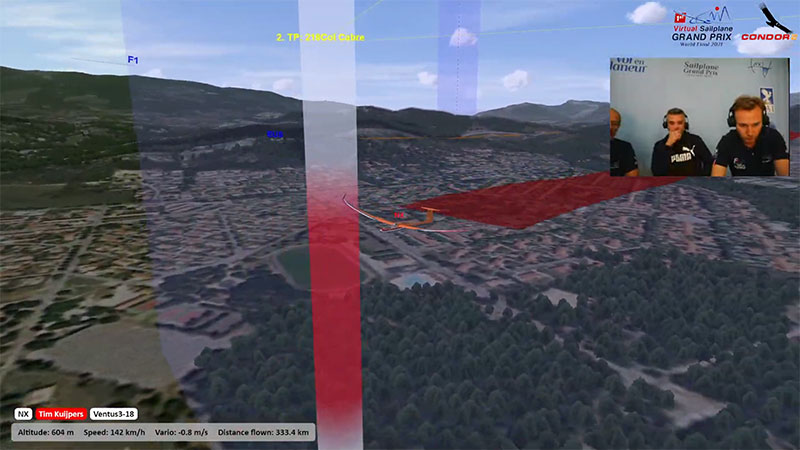